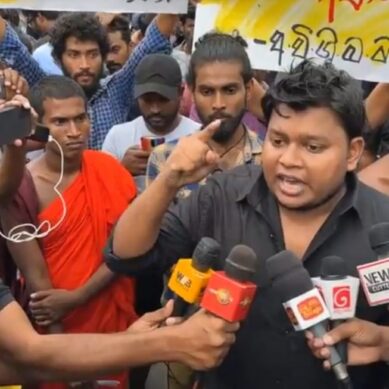 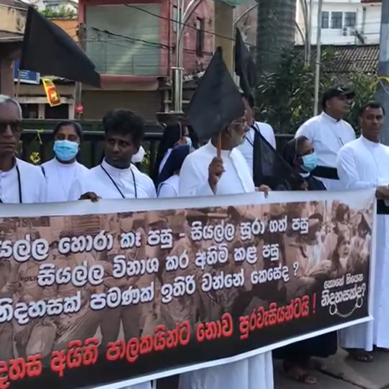 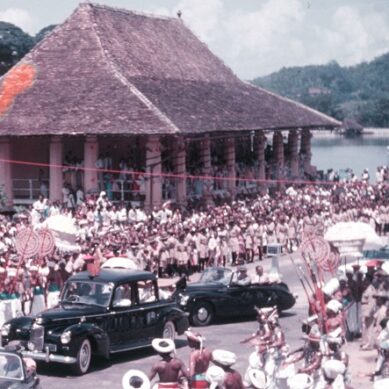 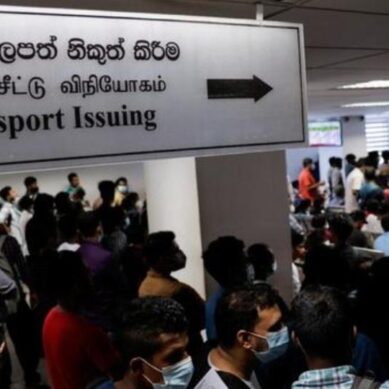 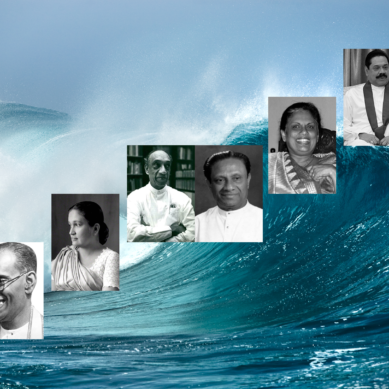 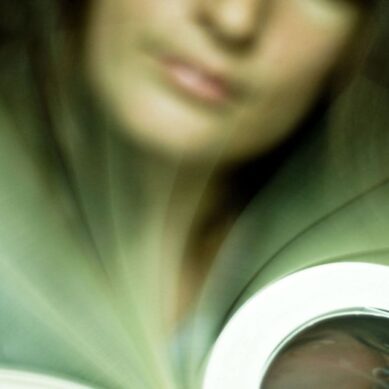 Dr Mahin Mendis, a member of the SJB (Samagi Jana Balawegaya), explains the prevailing reasons, political hypocrisy, and undemocratic system of governance of Mahinda, Gotabhaya and Ranil triad. Also, the dire consequences led the people of this beautiful Island called the Pearl of the Indian Ocean to a humanitarian catastrophe. Dr Mahin appeal to all International democratic institutions, governments and world citizens to help dethrone these crowned political bandits to save our country.

A member of the SJB addresses Media.

Sri Lanka, as you know socially, politically and economically is in a perilous situation.

The global union of parliamentarian political parties is committed to the highest attributes and qualities of democracy and democratic good governance.

Mr Wickremasinghe, we want to remind you also, while we remind the international community, that you are a person who has proved absolute incompetence and proved beyond reasonable doubt that you are indifferent to the expectations and aspirations of the people of Sri Lanka regarding the protection of the rule of law.

We remember very clearly that during the 2019 Easter Bombing, you, Mr Wickremasinghe, as prime minister made a most dishonourable statement that you knew nothing about it, and you had not been invited to the

national security council, you claimed, and you dared to say that and not only that while this owning responsibility you have failed in the eyes of the people of this country and the international community you have failed to ensure justice to the victims of the easter bombings when are you going to provide justice to the people of this country the victims of the easter bombings

and when will you honour the due process of law and ensure justice to the republic of Sri Lanka?

We know that you were rejected in the parliamentary elections in 2019 and 2020; you did not even have the capacity to come forward as a presidential candidate because you have no confidence in yourself.

We know very clearly that you are rejected in an the unprecedented election decided by the people of this country by ensuring that you do not win one the single electorate in the republic of Sri Lanka in 24 25 districts in nine provinces, you are a man who was zero fight reduced to not reduced to nothing electorally and at the presidential election, you pulled approximately 2.5 of the vote, and you understood very clearly that the people have rejected you decisively. You also have a reputation for being an autocratic leader in the united national party; while your party came to be defeated over and repeatedly, you autocratically held leadership for nearly three decades for almost three decades whatever democratic challenges that were there from the united national party peacefully asking for party reforms and change of leadership, you were able to neutralize destroy by using the most undemocratic tactics at times with the help of the Rajapaksa regime such a person has no mandate, no respect; you have proved yourself that you are the dishonourable leader; we are happy that you, in your interest to the nation you said that you should not be called “Your Excellency” how can you, Mr Wickremasinghe be an honourable person? You understood very well that you are dishonourable, and we are happy that you understood that you are dishonourable and banned the use of “Your Excellency.”

the national list, in line with the benchmarks of the constitution, is meant for people and professionals whose names were listed gathered, and after one year, nominated to parliament against the will of the people against the will obviously, of the very people who are listed in the UNP nationalist you appointed yourself using your autocratic powers and entering parliament.

You entered parliament at the time that Sri Lanka happened to be in a dangerous situation with emerging economic bankruptcy now; what did you do with the public uprising, the people the peaceful uprising called the “Aragalaya” as a result of the “Aragalaya.” the President the prime minister for the prime minister Mr Mayan the Rajapaksa and the entire cabinet resigned when Mr Mahinda Rajapaksa resigned.

You wanted to be the acting President and got into a deal, the most dishonourable deal that any politician in the democratic world can come into; you entered a deal with the ruling party parliamentarians, which is very much controlled by the Rajapaksa clan even now

with 134 members, you became elected President of this country, a most dishonourable act undermining the beautiful reputation that the people of this country have as a democratic people and the importance we hold not because of disgraceful actions of people like you from the post-independence period because of the commitment of great leaders from DS Senanayake.

Well, our reputation is now undermined because you have become President. You have become the President without any blessings from the people, undermining the reputation we have as a country that is prepared to transition all the time peacefully into democratic governments. Now having taken out as a president, your first action was to go and thank the armed forces, as if the armed forces elected you as a president.

Since you have been the Prime minister, you carried a reputation for getting the peaceful, independent journalists attacked mercilessly outside your residence. That is the way you conducted yourself before you became the President.

Now, what happened? The whole country knows the entire world knows how dishonourable you were after taking oaths as the President of Sri Lanka.

We have every reason to believe that you ordered these attacks as the commander-in-chief of the armed forces and head of the defence ministry.

You allowed the merciless attack on innocent people who were protesters of the Aragalaya, that internationally well-known. The police, armed forces and goons, some of whom did not carry an identity, attacked protesters and bystanders. They used the most brutal methods, like iron cables, poles and rifles on your orders.

We are addressing this over and over because we love democracy, our country, and the reputation Sri Lanka has as a democracy.

We cannot let you, the decent people of the land the citizenry shall not allow ruining our country.

We want to appeal to the international democrat’s union, to remove you from all the positions and offices you hold if such noble institutions are to be protected.

We want you removed from the international democrat’s union because we cannot let you make such noble institutions a mockery, we cannot allow such noble institutions to be undermined, and we also ask the international democrat union to take firm steps in not only removing you but also removing the office of the IDU from the united national party headquarters.

The UNP, under Ranil Wickremasinghe’s autocratic leadership, has no moral right to talk about democracy.

We appeal to the media and the international community because we represent the people’s will. We do not want a president of this country to be a conspirator against the very people we love.

Let this message be conveyed to all democratic parliaments in the world. We will mobilize the international community to protect Sri

Lanka’s image as a true democracy and we cannot allow Mr Wickremasinghe to pervert, destroy and undermine the reputation that the people and the government of Sri Lanka and the Sri Lankan state holds in the eyes of the international community.