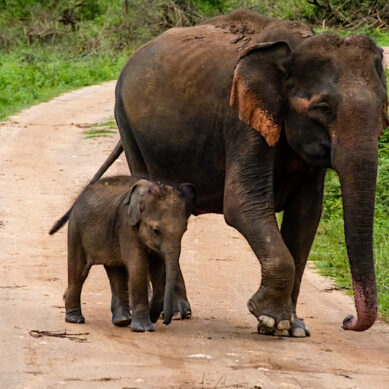 September 11, the “war on terror” and the criminalization of American politics

Ideas for your next vacation

September 11, the “war on terror” and the criminalization of American politics

Bush’s appearance was preceded by an op-ed by former National Security Adviser Condoleezza Rice in the Wall Street Journal, titled “We Are More Secure Than We Were on 9/11,” which defended the policy of the Bush administration in response to September 11. Rice made the rounds of the Sunday morning talk shows, extolling the invasions of Iraq and Afghanistan and opining on US foreign policy.

Bush, Rice and Cheney were the architects of a series of massive violations of the US Constitution and international law, as well as crimes against the populations of Iraq, Afghanistan and the United States itself. They pioneered the institutionalization of torture, kidnapping, illegal warrantless government spying and the launching of wars of aggression that have killed more than one million people.

Leveraging the shock and horror created by the 9/11 attacks, Bush and his co-conspirators implemented, within a matter of days, a set of plans years in the making. The criminal ethos that overtook the White House was expressed by Cheney, who declared in a nationally televised interview just days after the attacks, “We have to work the dark side… We’re going to spend time in the shadows.”

In secret, they created the Stellarwind warrantless surveillance program, which allowed the government to launch an electronic version of a police raid into the house of every person on the planet, whether they were a US citizen or not. In secret, they fabricated evidence that the Iraqi government possessed weapons of mass destruction, bombarding the American public with lies in order to launch a criminal war of aggression.

But in the words of Harris, who spoke after Bush and repeated the same talking point almost verbatim, the legacy of America’s response to 9/11 was fundamentally positive.

“In the days that followed September 11, 2001, we were all reminded, that unity is possible in America. We were reminded also, that unity is imperative in America. It is essential to our shared prosperity, to our national security, and to our standing in the world… When we stand together, looking back, we remember the vast majority of Americans were unified in purpose.”

The “unity” lauded by Bush, Harris and Biden was a myth. The Bush administration’s dictatorial actions and criminal wars prompted massive opposition, with the first protests against the Afghanistan war occurring within less than two weeks of September 11. This was followed by the march of millions of people in the United States and around the world against the war against Iraq—the largest global anti-war protests in history up to that point.

But the real content of this myth of “unity” was the unity within the government to wage war and carry out a massive assault on democratic rights. This led to the nearly unanimous passage of the Patriot Act, which upended critical sections of the Constitution and passed the Senate 98-2, and the Authorization for Use of Military Force of 2001, which passed the Senate 98-1.

Invocations of the myth of “national unity” have long been a hallmark of commemorations of 9/11. But it has never rung hollower than it does today. Bush, Biden and Harris’s paeans to “unity” come eight months after Trump’s January 6, 2021 coup attempt, when a substantial faction of the ruling class sought to instigate a fascistic insurrection to stop the transfer of power, in the process threatening to kill members of Congress and even former vice president, Pence.

For his part, Trump greeted the anniversary of September 11 by sneaking into New York City and speaking before uniformed police officers, repeating his claim that the 2020 election was stolen. In a dose of irony, former New York Mayor Rudy Giuliani, lauded in the media as “America’s Mayor” and the personification of “unity” following the September 11 attacks, greeted the anniversary with a deranged fascist rant targeting his opponents within the state apparatus.

More fundamentally, in their calls for unity, the representatives of the ruling class look nervously upon the seething social discontent within the United States. They hope to somehow cobble together a political framework for continuing the project of American imperialism for world domination and suppressing domestic opposition.

To this end, all factions of the US media have joined together to defend the legacy of the “war on terror.” “Narratives that depict the past 20 years of engagement as an endless series of blunders lack balance and perspective,” declared the Democratic-aligned Washington Post in an editorial. Defending Bush and his co-conspirators, the Post stated, “Many shortcomings that are today blamed on the hubris and duplicity of US leaders are attributable at least partly to the nature of the fight itself.”

The Post is defending not only the Bush administration, but the media establishment itself. After all, the same newspapers, television broadcasters, and columnists that defended and justified the Bush administration’s crimes and its lies about “weapons of mass destruction” are still in business. Some, like former New York Times reporter Michael R. Gordon, have gone directly from lying about Iraqi weapons of mass destruction to peddling the conspiracy theory that the COVID-19 pandemic was released from a laboratory in Wuhan, China.

America may be ending the war in Afghanistan, but the changes carried out within the framework of the “war on terror” have permanently entered the bloodstream of American politics. The defense of the Bush administration’s crimes by the US media establishment is aimed not only at the past, but at the future.

As usual, the Wall Street Journal was most explicit: “The saving grace of 9/11 was the demonstration of American courage and resilience… But the country also united for a time in political purpose… If another attack comes, perhaps with bioweapons that kill like Covid-19, would we have the same resolve and resilience? History suggests that we are going to find out.”

In other words, the time will come when another murky and unexplained incident may be used to radically alter the framework of American politics. The tools of aggressive war and dictatorial infringements on constitutional rights implemented as part of the “war on terror” will prove useful to American capitalism in the future.

The endless talk of “unity” comes as the United States is more divided by class than at any point in postwar history. The financial oligarchy has used the COVID-19 pandemic to vastly enrich itself, while workers have been forced to work in unsafe conditions, subjected to mass death and economic dislocation. Seeing itself beset by political opposition, the US ruling class seeks “unity” by banishing criticism or examination, no matter how minor, of its past crimes.

But no matter how the American media and political establishment attempts to circle the wagons, the crimes committed in the name of the “war on terror” will have massive consequences. They have torn the mask off American democracy and American capitalism, exposing it as a ruthless dictatorship of the financial oligarchy.

As the working class begins to enter into social struggle, they will more and more see their fight as being not just against individual employers, but against the social order that created the horrors of Guantanamo, Abu Ghraib and Fallujah.